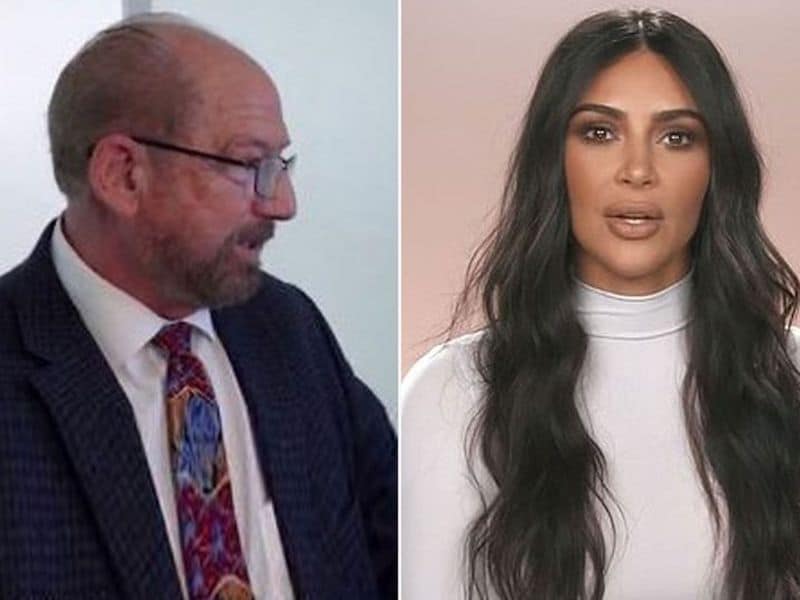 [ Fertility Doctor ] Phillip Milgram, who has appeared on Keeping Up With The Kardashians, has had a fertility lawsuit filed against him amid accusations he used his own sperm to fertilise women

“A fertility doctor who has appeared on Keeping Up With The Kardashians has been accused of impregnating women with his own sperm.

Dr Phillip Milgram, who has been seen giving medical advice and treatment to the famous family, has had a fertility lawsuit filed against him.

A woman from San Diego went to Dr Milgram for help with artificial insemination in 1988.

The procedure resulted in the birth of her son.

But it’s now said that Milgram lied when he told the patient he was using the sperm of an anonymous, healthy donor, and instead intentionally inserted his own sperm into her.

Milgram was seen on the show on October 1, when he delivered an IV treatment to Scott Disick, the father of Kourtney Kardashian’s three kids, after he complained about feeling drained and tired all the time.

It was not disclosed to viewers that the doctor, who has a checkered history of practice in California, New York and Las Vegas, had a law suit filed against him just two weeks before the air date.

Now, Adam Wolf, a leading US lawyer handling fertility, IVF and related genetic material lawsuits, is urging the famous family and producers of the show to distance themselves from Milgram.

However, a source close to the production team says they have not received any such letter.

The lawsuit naming Milgram contains a host of troubling claims.

It says: “Based on allegations regarding his mistreatment of numerous patients in 1992-93, (Milgram) surrendered his California medical license in 1999. The Board of Medicine charged him with gross negligence, repeated negligent acts, incompetence, failure to maintain adequate medical records, excessive treatment, prescribing Xanax and Prozac to his nurse-girlfriend (a drug addict who died by suicide shortly thereafter) without a good-faith examination or medical indication to support the prescription, practicing medicine while intoxicated, and using drugs or alcohol in a manner injurious to himself.

It also states: “In 1999, Defendant was living and practicing in Nevada, but did not initially inform the state licensing authority of the charges and surrender of his license in California or that his license had been suspended in New York. Nevada revoked Defendant’s medical license effective September 13, 2000 due to his failure to provide such notification.

“As part of the proceedings preceding his (2004) reinstatement to medical practice, Defendant acknowledged he likely treated patients while under the influence of drugs.”

Mr Wolf adds in his letter to show bosses: “Obviously, I know that neither Kim Kardashian nor anyone associated with ‘Keeping Up With the Kardashians’ would knowingly promote the services of someone with the background of Dr. Milgram.

“I am well aware you would not intentionally tout as a medical expert and implicitly endorse someone like Dr. Milgram. More specifically, I do not think that someone of Ms. Kardashian’s demonstrated leadership on fertility issues would cast a positive spotlight on a medical professional currently being sued for fertility fraud.”

The Kardashians’ representative did not want to make any comment.