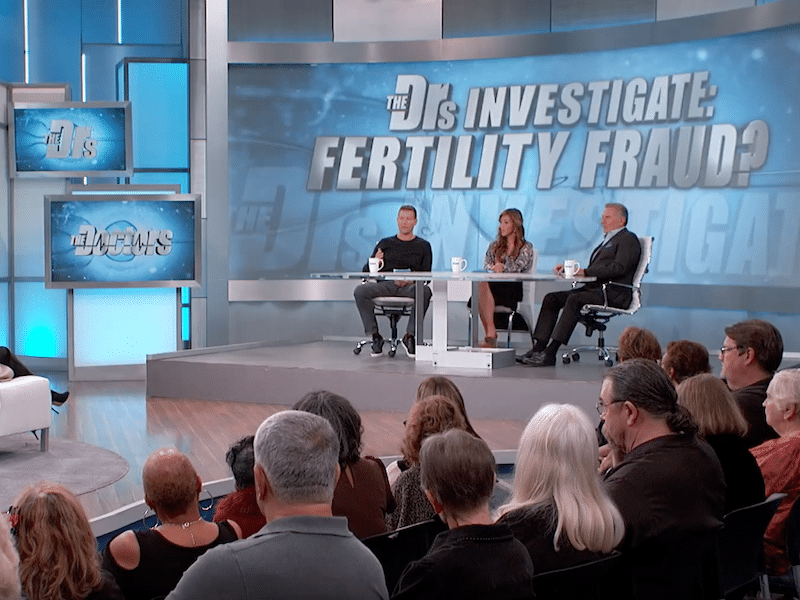 Fertility clinics help people achieve their family goals, but what happens when there are mistakes or deceptive practices? The Doctors meet Eve, who learned her mother’s fertility doctor was her father after undergoing DNA testing.

Eve says after her discovery, she was the one who had to tell her mom that the doctor had used his own sperm during her mom’s IVF procedure. She also had to break the news to the man she believed was the donor (and whom she had grown close with over the course of 13 years) and tell him he was not her biological father. “It was devastating,” she says.

Eve confronted the fertility doctor through a series of letters, and she says he repeatedly changed his story, manipulated the facts of the case and covered his tracks while addressing what happened. Despite what has come to light through DNA testing and the surfacing of half-siblings, Eve tells The Doctors in Texas, where this took place, there were no grounds for criminal or civil action and the medical board decided against pursuing the issue, due to the claim being over 7 years old.

Attorney Adam Wolf, who represents hundreds of fertility fraud victims, calls Eve’s story shocking and unacceptable. He explains that all of the children in these cases are between 33 and 44 years old, because at the time they were conceived there were not DNA testing services that could uncover these links. Adam tells us he has yet to see a case where the doctor has only done this 1 time, he feels the behavior should be criminal and he believes it should be labeled as a sexual assault.

“These men are playing God,” Eve says of fertility doctors using their own sperm to unknowingly inseminate women, explaining she feels it may feed into their desire to feel in control or a possible narcissistic personality. Eve says the doctor in her case is still practicing medicine.

Eve’s mother Margo tells The Doctors, “It just made me absolutely sick in my stomach,” after learning her doctor was the biological father of her daughter. “He had a secret about my family that I didn’t even know.” Margo agrees with Eve, who calls this act a “medical rape.” “It was done without my knowledge or consent. I never agreed to use his sperm,” she says.