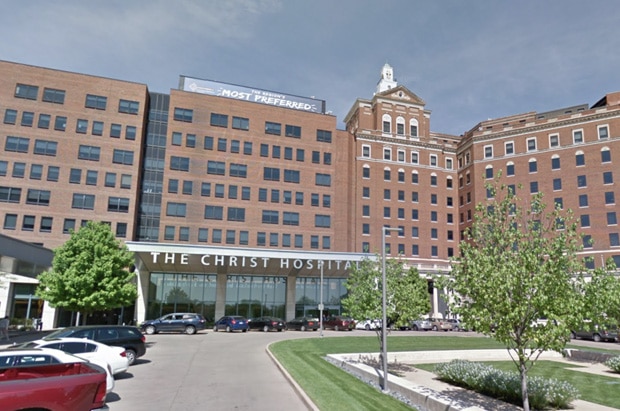 —
When Rebecca Cartellone’s Christmas gift to her parents — a set of at-home DNA kits — revealed she was not genetically related to her father, her mother was as surprised as anyone.

Rebecca had been conceived in 1994 via in vitro fertilization (IVF), a process that involves fertilizing an egg outside of the mother’s body and then implanting the resulting embryo in her uterus. Jennifer and Joseph Cartellone had believed for 24 years that the egg was hers and the sperm used to fertilize it was his.

According to a new lawsuit, only half of that story was right. The family announced Wednesday they were suing The Christ Hospital, Ovation Fertility and the Institute for Reproductive Health, all of which were involved in the IVF treatments and the creation of the embryo that would become Rebecca, ABC reports.

Joseph Cartellone said he initially assumed the at-home DNA test was faulty. His daughter’s DNA results matched Jennifer but showed no indication of having Italian DNA or other genetic markers from himself. He called the testing company, however, and after learning about the process behind the test, realized it wasn’t the problem.

Cartellone and Rebecca then took a paternity test that confirmed he was not her biological father.

“My disbelief turned quickly to shock and then ultimately to anger that this could possibly be the case,” Cartellone told ABC. “It never crossed our minds. And maybe it should have, but we trusted implicitly — and maybe even blindly in some ways.”

Using the DNA test results, the Cartellones began a search for Rebecca’s genetic father. They narrowed the pool down to a “handful of individuals” — one of whom was an employee of Christ Hospital, which partnered with Ovation Fertility to facilitate the couple’s IVF treatments in ’94.

The lawsuit states the couple were told at the time their pregnancy was a result of “Jennifer’s eggs and Joseph’s sperm.”

Rebecca, a resident of Dublin, Ohio, is the couple’s only child. Cartellone said she’s experiencing “significant emotional distress and confusion regarding her own identity,” and that the revelation has been difficult for the entire family.

“(Jennifer) has to deal with the fact that this clinic…fertilized her eggs with a complete stranger’s sperm and placed them in her body,” Cartellone said. “She’s also faced with a difficult series of emotional challenges and questions. She is profoundly disappointed that she no longer can give birth to a child with both of our genetics.”

Cartellone said another thing that weighs heavy on his mind is the possibility that his sperm could have been used to create embryos with another woman’s eggs.

The Institute for Reproductive Health and Ovation Fertility did not reply to ABC’s request for comment.

The Cartellone family’s attorney, Adam Wolf, said fertility clinic mix-ups are not as rare as they should be.

“Unfortunately, I get a call almost every day from somebody who’s been the victim of fertility center misconduct,” he said. “The amount of misconduct is staggering.”

Cartellone and his attorneys said they hope this lawsuit can spark change in the fertility industry, and they’re calling for stronger oversight and control for the industry as a whole.

Cartellone added that he wants other parents looking to IVF treatments to go into the process with their “eyes wide open.”

- In one case, a woman who had started her IVF process was notified by voicemail that the clinic was closed and her treatment ended.

- A couple only found out on the internet that their fertility center had closed, and thus they could not attend their appointment the following week.

- One woman was just days away from the completion of her IVF treatment when her fertility clinic shut down with no advance notice. She was provided no guidance as to what to do in her condition or what additional steps and/or precautions to take.

WOMEN IN THE LURCH IN IVF TREATMENT DURING COVID-19

"They were victims of fertility fraud, defined by Indiana University law professor Jody Lyneé Madeira as 'illicit inseminations — an intentional act that occurs when a doctor knowingly uses his own sperm to inseminate a female patient without her consent.'"

I asked for a sperm donor. Instead, my doctor got me pregnant

“To give birth to your baby in front of your husband, while the doctor delivering her is the biological father? It blows my mind that he thought that was OK.”
View on Facebook
·Share