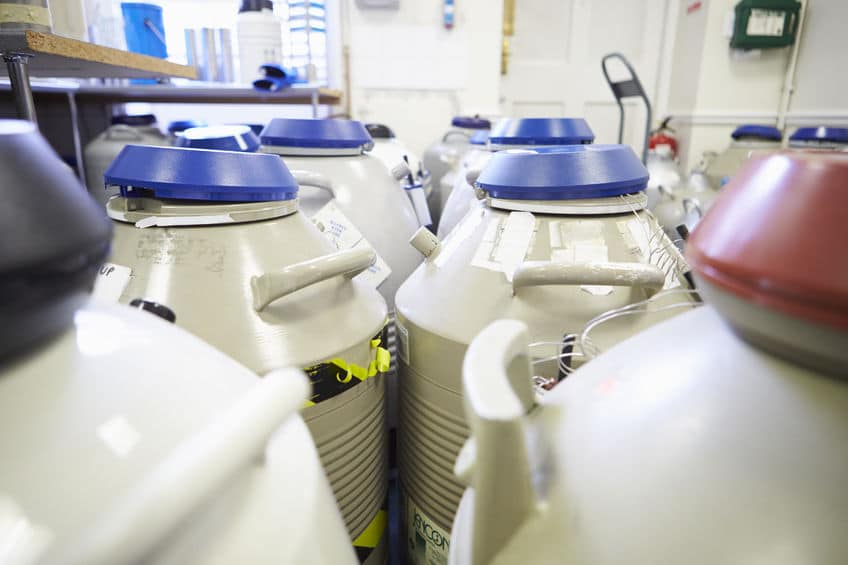 Posted at 21:05h in Uncategorized by philip korosec
0 Likes
Share

Published by The Daily mail UK

By NATALIE RAHHAL FOR DAILYMAIL.COM

Another woman has been informed that frozen eggs donated to her were lost by University Hospitals in Cleveland – four months after the cryobank malfunction that cost 1,000 families their harvested eggs and embryos.

Back in March, the hospital told patients that twice as many eggs, embryos and patients were affected, but that this was the final tally as ‘all of our records for the storage tank in question have now been reviewed.’

Prior to notifying the woman of her loss, the fertility clinic also requested a gag order to keep the attorneys in the case and others from speaking about the case publicly.

On Thursday, the hospital assured reporters that, this time, they have the final count of lost eggs right: the previously reported 4,000 eggs and embryos, including those those donated to two patients.

But her attorney, Joe Peiffer, told Daily Mail Online that the notice comes far too late and that the hospital has offered too little sympathy, much less compensation to the families who lost their ‘most precious assets.’

University Hospitals, Cleveland failed to inform one woman that frozen embryos that had been donated to her and her husband were destroyed in its cryotank failure until four months later

More than 20,000 American women have frozen eggs or embryos frozen and stashed them away at cryobanks across the country.

These facilities are entrusted – at a going rate of around $100 a year – with keeping these women’s prospects for children safe and cold until they are ready for motherhood.

But embryos and (especially) eggs, are fragile and while they can last for as long as a quarter century when cryotanks function properly, fluctuations of even just a few degrees can be disastrous.

This nightmare scenario came true for 1,000 Americans who had stored their eggs at the Cleveland, Ohio facility and hundreds more whose eggs were stored at a San Francisco clinic.

On March 4, one of the cryotanks failed, the alarm intended to alert the clinic to to the failure failed, and the clinic failed to discover any of it until the next day, Sunday.

It also failed to notify patients (addressed as ‘community members’) until Thursday, by way of a form letter.

And, in fact, that first letter only went to 400 families whose cumulative 2,000 eggs and embryos the clinic thought had thawed and been destroyed.

It later came to light that 4,000 eggs and embryos belonging to 1,000 families had been lost.

‘In early April they sent out another letter in which they said they were sorry and seemed to be accepting some responsibility, saying they were sorry they had failed their patients,’ recalls Jo Peiffer, an attorney who represents 75 of the patients in their lawsuit against University Hospitals.

‘But then, they turned around and filed court pleadings saying people knew all the risks so [the hospital] was not responsible, which was a little disheartening,’ Peiffer told Daily Mail Online.

And just last week, Peiffer got another phone call, from yet another woman who had received a letter just the previous day notifying her that all of the embryos that had been donated to her and her husband had been lost too.

‘Through careful review of our records, UH only recently became aware that embryos donated to you were in the affected tank,’ the clinic wrote to her.

Also enclosed were the same form letters that had gone out months before to the rest of the families explaining what had happened.

‘We sincerely apologize that these communications did not reach you sooner.’

She had recently begun the preparation process to have one of those embryos implanted.

Now, she and her husband are back at square one.

‘She was just devastated. It was like walking down the street and having an anvil fall on her head,’ Peiffer says.

The evening of the same day that woman received her letter from UH, the hospital told the Washington Post that Peiffer’s client was the only person who was affected but had previously been told she wasn’t. One other patient’s donated eggs were also lost.

‘If it was only two families affected by this, why send two families a letter that’s not even signed with a real signature? They just printed it off the machine and sent it off in the mail. For something this personal and devastating, I just don’t get it,’ Peiffer says.

‘I’m kind of dumbfounded by the whole thing.’

Peiffer claims that the hospital says ‘we shouldn’t have made such a big deal out of this,’ referring to the discovery that an additional patient’s embryos were lost.

‘But the fact of the matter is that time is of the essence with fertility issues,’ he says.

Peiffer and his legal team are suing the hospital in the hopes that the court will award their clients monetary damages.

‘We want to hold them accountable for losing all of these families’ most precious asset: the ability to have children,’ he says.

‘No amount of compensation is going to make that right, but that’s the civil justice system we have here.

‘Hopefully it will at least teach [UH] that if it comes down to a choice of whether or not to hire a 24-hour security guard, they’ll make the right call.’

He says his firm has also helped draft legislation that Ohio state Senator Joe Shiavoni is introducing to the state Senator.

The bill would require precautionary measures like the 24-hour guard Peiffer suggested, better training on the handling of liquid nitrogen for clinic employees and storage of one person’s eggs or embryos in multiple tanks, instead of having all of a patient’s samples confined to just one tank, as University Hospitals had fatefully done.

‘These are just the saddest cases in our office,’ says Peiffer.

‘To listen to these people that thought they were going to be able to become parents and then find out that they can’t, it makes us passionate and want to move legislation forward to get regulations and requirements in place.’