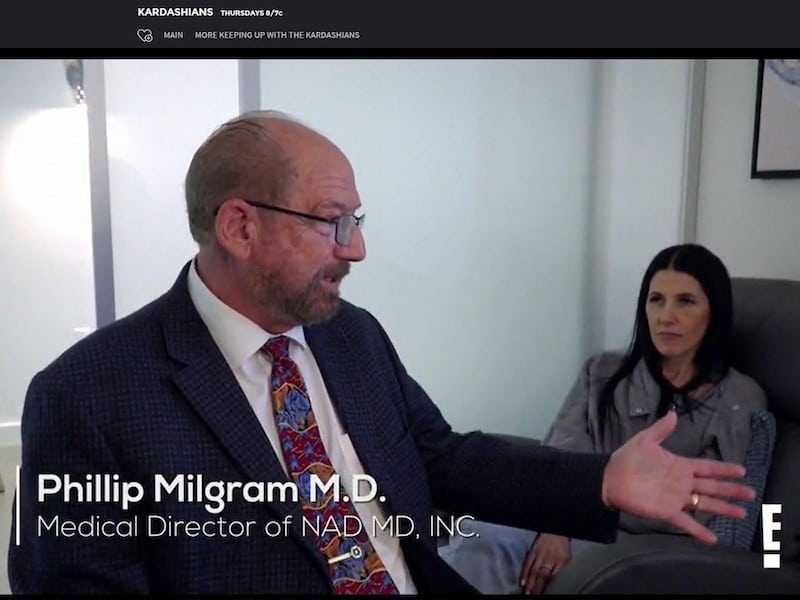 16 Oct A Kardashian doctor has been accused of ‘medical rape’

“A doctor who appeared on Keeping Up With The Kardashians, Dr Phillip Milgram, has been accused of ‘medical rape’. The medical professional has also been formally sanctioned and lost his licence for past malpractices – this comes in contrast to being discussed favourably on the globally popular show by Scott Disick, who was seen receiving an IV drip treatment from Dr Milgram, after feeling overly tired. The episode is part of the most recent series.

One shocking crime that Milgram stands accused of is injecting a patient with his own sperm, when she falsely believed she’d be receiving sperm from a healthy, anonymous donor. Law firm Peiffer Wolf Carr Kane & Conway, who specialise in fertility law, describe this as ‘medical rape’ and have since released a statement to Cosmopolitan UK, in the hopes of encouraging the celebrity family to distance themselves from Dr Milgram. There is no suggestion that either the Kardashians or Scott Disick have any involvement in the claims mentioned in the lawsuit against Dr Milgram for fertility fraud.

Adam Wolf, a leading US lawyer handling fertility, IVF and related genetic material lawsuits, says he has written a letter to the Kardashian family, urging them to cut ties with the doctor. “This horrific brand of misconduct has been referred to as medical rape. To be clear: Dr. Milgram and other perpetrators of such insidious acts should not be honoured and celebrated on your show,” he claims. “(Milgram) surrendered his California medical license in 1999.”

As for Milgram’s appearance on the show, Wolf said: “Obviously, [we] know that neither Kim Kardashian nor anyone associated with Keeping Up With the Kardashians would knowingly promote the services of someone with the background of Dr. Milgram. I am well aware you would not intentionally tout as a medical expert and implicitly endorse someone like Dr. Milgram. More specifically, I do not think that someone of Ms. Kardashian’s demonstrated leadership on fertility issues would cast a positive spotlight on a medical professional currently being sued for fertility fraud.”

As reported by The Daily Beast, an E! representative said, “Dr. Milgram’s appearance has been removed from all future airings of this Keeping Up with the Kardashians episode.” Dr Milgram’s lawyer, David Rosenberg, has previously been reported as saying there would be no comment until they saw the evidence in the lawsuit.

He reportedly told NBC7: “These are serious allegations, I don’t know the veracity of truth to any of them. We’re going to be diligent and thorough in our defence and try to sort out what the truth is.”

Cosmopolitan has reached out to two clinics associated with Dr Milgram in an effort to seek comment from him. At the time of publication there had been no response.

We also sought comment from the Nevada Board of Medical Examiners who said: “The Nevada Board of Medical Examiners did discipline Dr Milgram due to his failure to provide material information on his application as he was revoked because he failed to disclose his California and New York state medical license status. There was no patient care related to his Nevada based license discipline. This Board does not possess any information regarding Dr Milgram and the [current] accusations, and therefore, it cannot opine.””